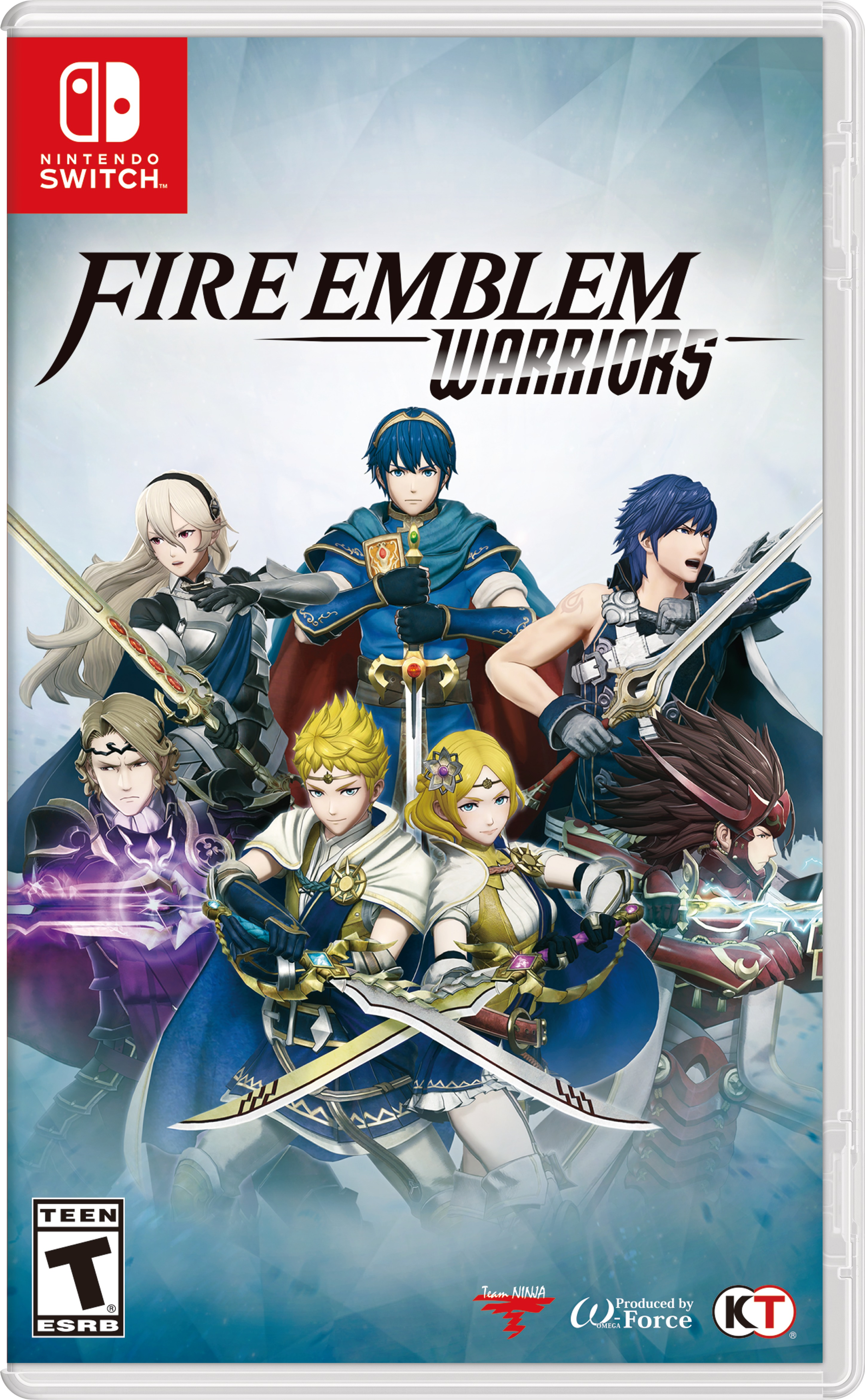 To give the blog content I decided I should start doing movie and game reviews. I just finished the story to Fire Emblem Warriors with my pal Chris Foster and it seems we honestly felt the same way about the game.

I say this before I move onto the review I haven't 100% competed the game. Like I said Chris and I finished the main original story. We've moved onto History mode and do plan on finishing it. Okay onto the review...

I wouldn't say I'm a fan of Destiny Warriors. I have been buying the games for years. My problem with them is that they get repetitive. The game is rather simple. You go around button mashing to kill enemies. The formula is changed a little here and for the better. Playing as a flyer like Hinoka or Camilla was great fun. It was awesome to fly around to map with great speed.

So what sets this apart from of Destiny Warriors games is Fire Emblem's support system. And honestly this new spin helps make the game more interesting. I just said how great it is to be a flyer in this game. But if you're playing as a flyer and you run into an archer you're toast just like in a Fire Emblem game. But you can switch to a different character that's supporting you. That adds another dimension of strategy to the game. 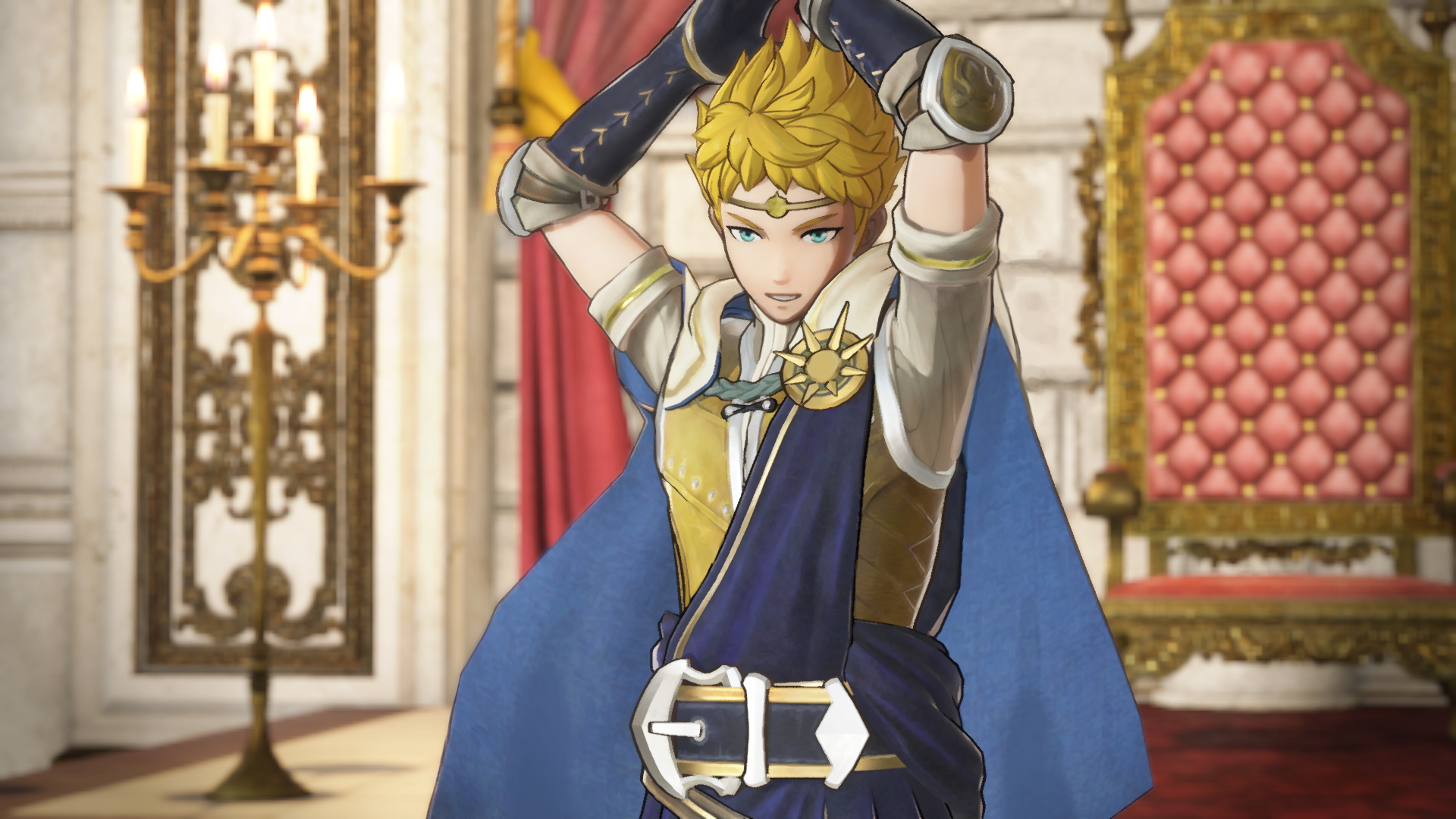 There's a number of different classes that would'd normally get in Fire Emblem games like you can play as a healer or an archer. You can upgrade your equipment and your costumes. That's really cool.

You can build special attacks which are really cool. You can also build up double team attacks. It's just you and your support attacking the field at the same time.

The story is okay. I understand that in Awakening and Fates we have some weird time travel and cross overs that could happen. And that's what this story is all about. I get why they did it. Just doing Warriors for one of the games would have left fans of the other games out and since Fire Emblem isn't one of Nintendo's top IPs it probably isn't a smart idea to do that anyway. 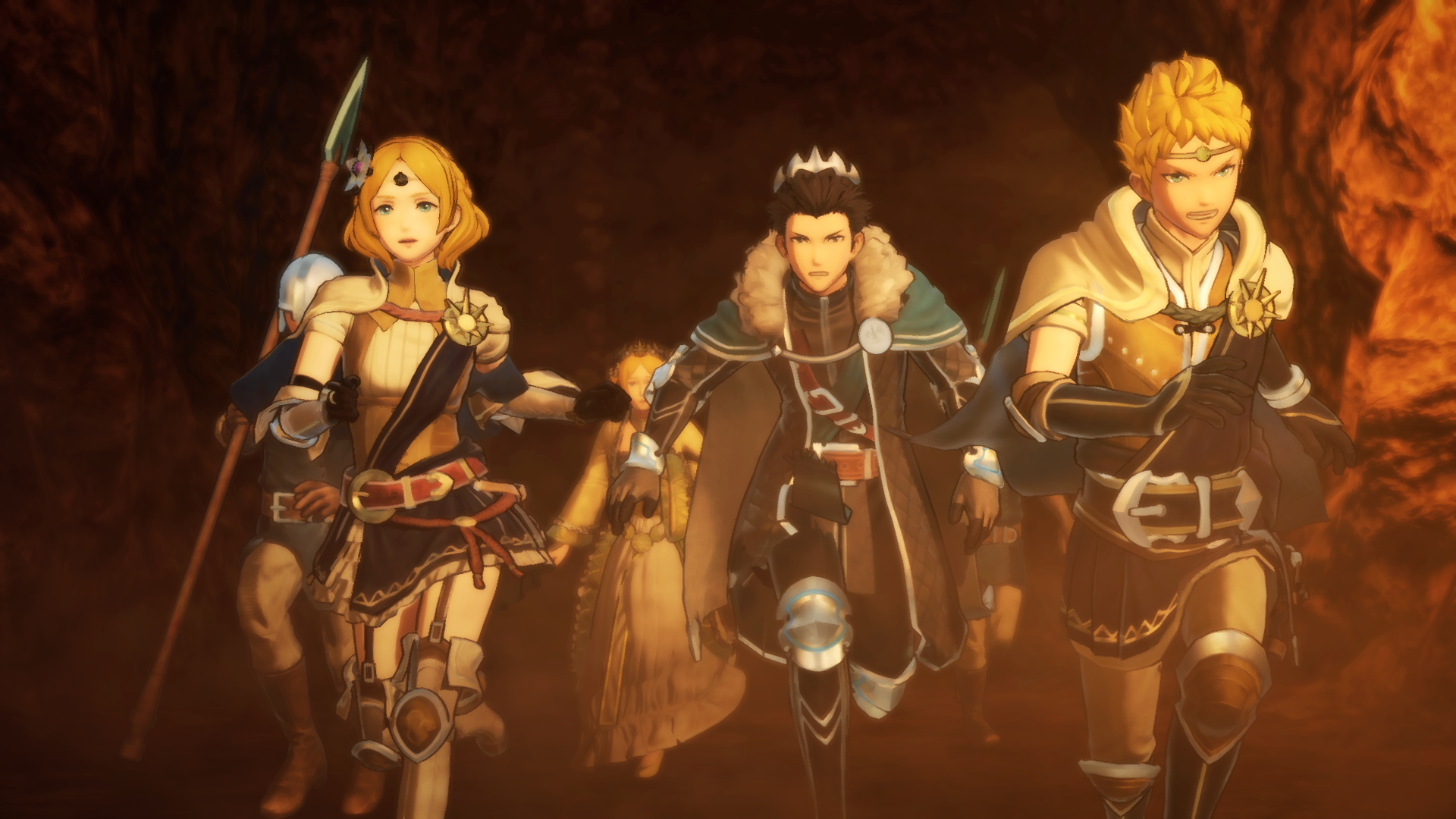 But doing that really overshadows the original characters in this game. Honestly I was never really invested in what was happening with Rowan and Lianna. It sucks that they made original characters for this series and they just get overshadowed by all the charterers we loved from past games. Just imagine if we played Fates and all we did was run into past characters. We probably wouldn't end up caring about Corrin and what their story was. We'd be going ga ga over all the old characters we were seeing. 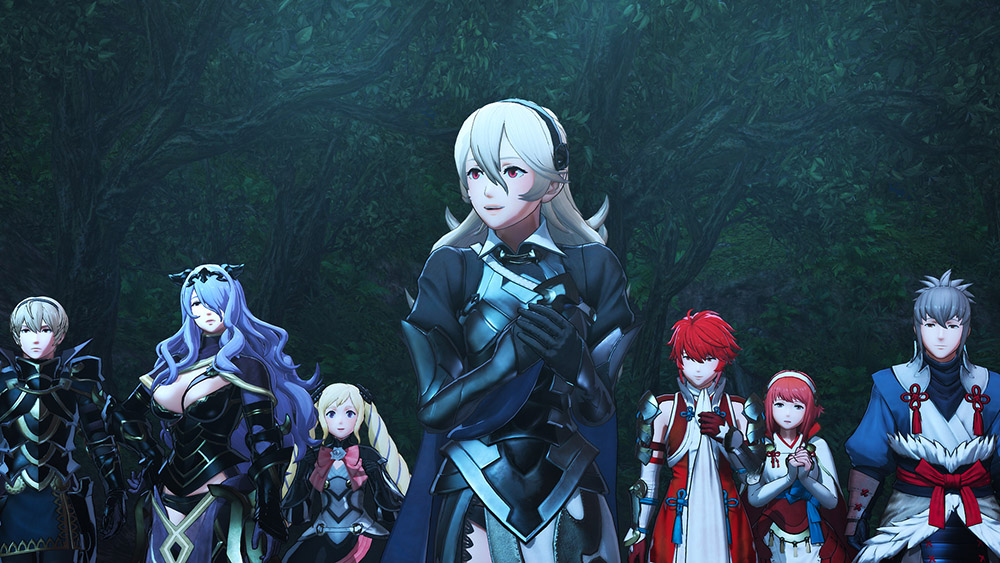 Why didn't we just get Alfonse and Sharena from Heroes to be the two main characters in this game? It would have been more interesting to dig into what their story was than trying to do something like this.

So anyway the story isn't that great. But the supports are more fun than ever. This isn't like Awakening and Fates where you get 3/4 scenes between the characters. In Warriors you just get one. As someone who's been a fan of the series for a few years I gotta say I really enjoyed these. 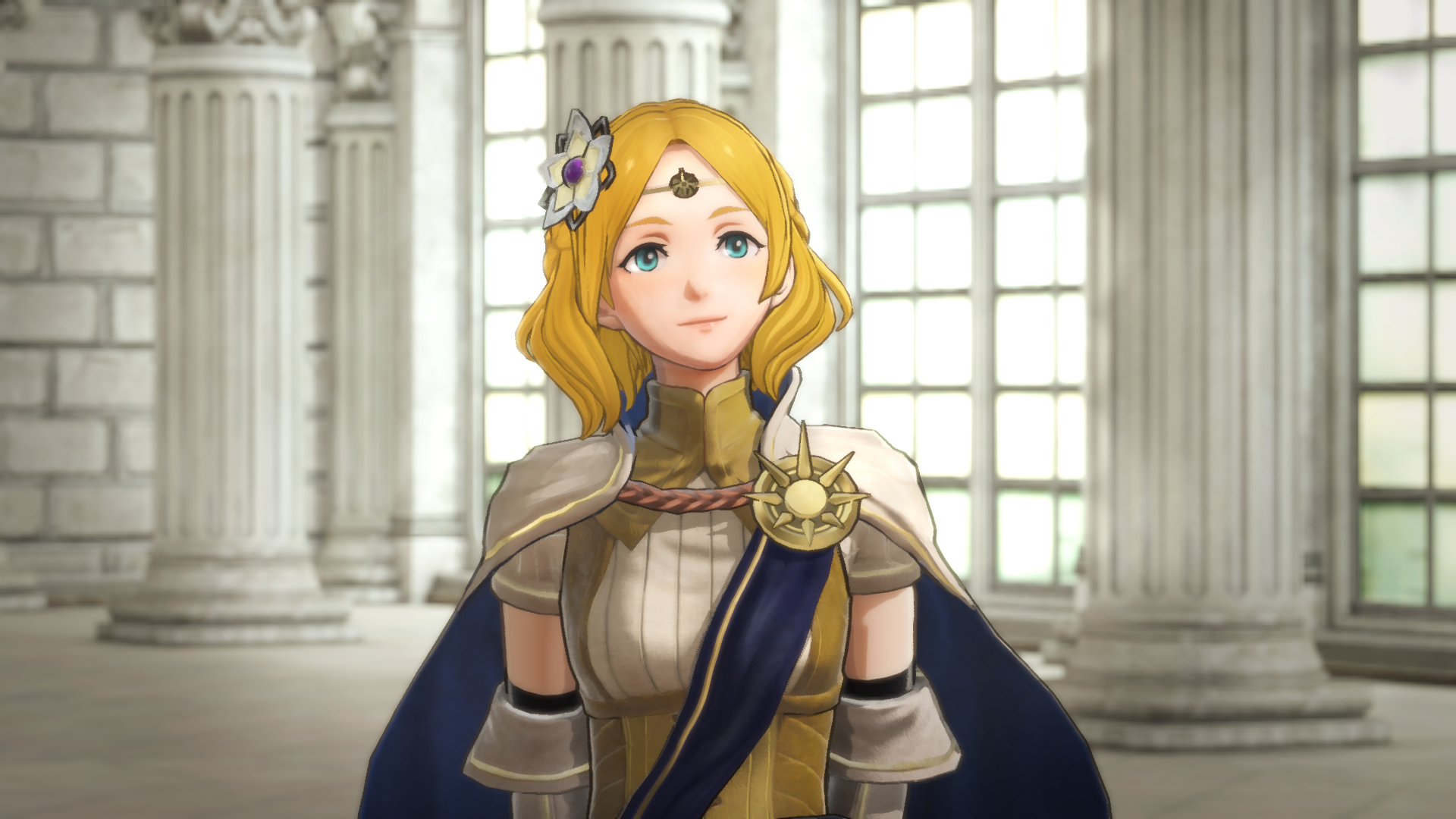 I'll also say you shouldn't just complete the story before starting History Mode. I just started it with Kitty and we're just dominating these battles so far. Our characters are high level and we're given level 1/2/3 characters to battle. So we're just mowing throw them and it's really not challenging or fun. I'm sure as we move on it'll get harder but I'm not sure it will. If I do DLC reviews I'll get back to you on that.

Playing this on The Switch I did have to wait for enemies to load for a few seconds if I moves to a different area quickly. It wasn't too annoying. I did notice lag/slow down here and there but it was never bad or distracted me from the game. It just happened when a lot was happening in the game. Maybe it wouldn't happen at all on single player.

So to conclude this the game play is a step up from what you'd normally get from a Destiny Warriors game. The story isn't good if you ask me. And 99% of the time it played great on The Switch.

I think for Fire Emblem fans this is a must own. If you love Destiny Warriors you'll love this too. But to the casual gamer I'd tell them this is a decent game. Nothing spectacular. If you own a Nintendo Switch there are other games you should seriously consider getting before this one. But if you want to get this it's a good game to play for an hour here and there. My score for Fire Emblem Warriors on The Nintendo Switch is 6/10.
Posted by Joshua Hadley at 5:10 AM No comments:
Email ThisBlogThis!Share to TwitterShare to FacebookShare to Pinterest
Labels: Fire Emblem, Fire Emblem Warriors, Nintendo, Nintendo Switch, Switch Reviews, Video Game Review, Video Games

So the question is why did a government institution go against what we all wanted? It's simple really. It's what their pay master wanted. Look at who was against Net Neutrality. Internet providers like Comcast. Gee I wonder who won the pony when Net Neutrality was repealed? Was it you and me? The consumer? Hell no!

Okay so if Burger King really did this you'd probably go to McDonald's or Wendy's instead. But when it comes to the internet if you get pissed off at your provider who else are you going to go to? When it comes to getting the internet it's not like we have a real choice. Say you live in Kotzebue like me you either have to get the internet from GCI for OTZ. That's it. Imagine if there were just two restaurants. Yeah you technically do have a choice of where you get your food. Two of them. But it doesn't really create a incentive for one to be better than the other when they know you only have one other place to go and the other place may not be even better.

The FCC is supposed to serve us. Not some greedy corporations. And if the time comes November our government can't figure this out we should tell them what's up with out votes.
Posted by Joshua Hadley at 2:00 AM No comments:
Email ThisBlogThis!Share to TwitterShare to FacebookShare to Pinterest
Labels: Burger King, FCC, Internet, Net Neutrality
Newer Posts Older Posts Home
Subscribe to: Posts (Atom)