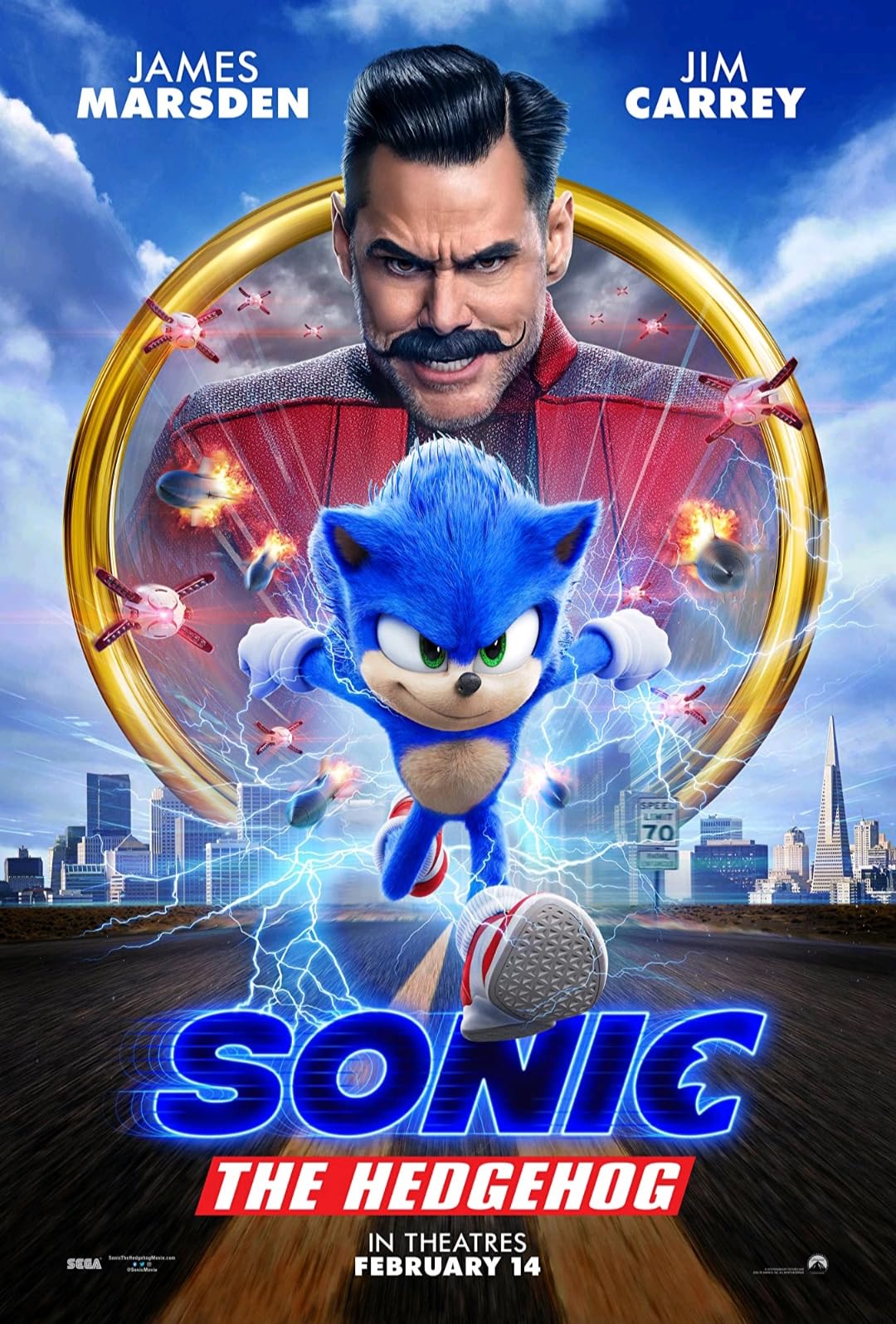 I was looking for something different when I decided to watch Sonic The Hedgehog. I’ve only played some of the games so I don’t really have nostalgia for the character. When the film started I was excited that we might skip the whole origin story thing every superhero film has to do, but it wasn’t so.

This film took a lot of liberties with what Sonic should know. While Sonic is perfectly fine cracking jokes about Amazon, he couldn’t understand the concept of the police. Not only that but there was little in the way of real conflict, with Sonic being far quicker than is ever presented in the games, at least the ones I’ve played. Sonic can go so fast that everything else seems to be standing still in place while he runs around. I really had to wonder if Sonic ever perceives time the same way he does, as much as he speaks in the film it must be annoying speaking so slowly to have a normal conversation.

I didn’t hate Jim Carrey’s portrayal of Dr. Robotnik, I think he got too much screen time though. In the first game Dr. Robotnik’s plan is to turn animals into robots, so he should be this crazy character. But I had to tell my friend Dr. Robotnik sure gives people who he looks down on the time of day to rant at them.

And this film pulled a huge sin sequel baiting. Honestly leaving Robotnik on the mushroom world was probably the best way the end this film, we didn’t need to see Tails at the end.

I did laugh at several of the jokes and the slapstick, but they really throw these jokes non-stop at you, with every scene ending in some king of joke. This is fine to watch with friends and family, but I’m not giving it a rewatch alone. 4/10.